Tabitha Steinberg and Ella Fleck are the co-curators of ‘Sorry I haven’t been’. After the successful opening I emailed the following questions to them:
Did you choose Brighton (Hove, actually) for any particular reason?

Brighton has a vast artist community that we were excited to engage with in a new way. We knew we wanted to do something in an untraditional gallery environment. We wanted to engage with the problems traditional art spaces are facing today and look at how we can work around that in a productive and critical way. We were lucky in being able to approach a friend who owns a vape business based in Brighton and ask if he would be interested in housing our gallery and he was. We’re very happy to be engaging in contemporary art outside London and it’s great that more contemporary art spaces are opening around the UK. There are also lots of galleries opening in coastal cities/towns – in Margate, Newgate Gap (which is in a Victorian toilet block on the beach) will open next year and Maureen Paley’s summer space Morena di Luna is just around the corner from us in Hove. Brighton also offers a very open perspective which is welcoming to artists with more experimental practices and ideas –  something we always support. There’s a sentimentality for both of us as well as we have had family here and spent a lot of time here as children. One of us (Tabitha) also studied at Sussex University.

How did you locate the Mist Vape shop – it’s an unusual location for a gallery space?

As we say, a friend owns Mist and we were very fortunate that he was interested in our project. We see the fact that it’s located inside another business as a positive rather than a hindrance (which you can probably tell from the vape heavy design on our website). Of course, we’re trying to work around the lack of available space (especially in London) today but we’re also really into the unusual collaboration between this commercial business and our non-profit space. The vaping business is a really current phenomenon and it is interesting to see how such a contemporary business interacts with contemporary art. It raises questions about how art functions today, in terms of commerciality and commodity and how adaptive art and artists must be.

Do you have plans to organise more exhibitions in Brighton & Hove (and/or elsewhere)?

Yes. Currently, we are situated inside Mist Vape Shop for the foreseeable future and have an ongoing programme. Our current show with Jack Lavender closes on 16 March. We can’t say too much yet but our second show will open around the beginning of April and will be a group show of artists working at an intersection between art, clothing and fashion.

I first became aware of Jack Lavender’s work in Cura magazine in 2014; and later saw his work at Frieze London (2016) and his work clearly has a spirit of experimentation. Are there new developments in Jack’s work on display in this show?

Jack has always worked with sound, collage, drawing and found objects but in Sorry I haven’t been he has really pushed this into more of an installation rather than individual works – something he has not really done before. He has used his materials to construct an environment. Many of the themes are carried over from ongoing ideas in his practice, like objects imbued with memory, souvenirs and junk and this weird sense of spirituality that comes from such things. In 650mAh, he has constructed a space where you feel both like you’re looking into the future and looking back at the past and though this sense is similar to his show at BALTIC, the execution is totally different and new. He has also collaborated with Dul Fin Wah to make a full soundtrack for the exhibition which he has not done before. We always encourage experimentation in whoever we are working with. It was very natural for us to open with Jack as much of his work and aesthetic interests overlap with the aesthetics of the vape shop.

How would you describe the relationship between Jack’s visual content and audio collaborator, Dul Fin Wah’s sound pieces?
Jack and Dul Fin talked a lot about the installation and what type of feeling they wanted to have in the space in relation to ideas of memory and dreams. They discussed how a car could function as a vehicle to retrieve lost memories. Some of those conversations happened in a car. While it was important to have conversations around the themes of the show, Jack wanted Dul Fin to be able to take these ideas and generate something without limitations.
So the artwork is a catalyst for the soundscape?
We wouldn’t say that the soundtrack and Jack’s objects are separate from each other. They are more parts of the same thing. It’s the relationship between the physical work Jack has made and the audio work Dul Fin has made that make Sorry I haven’t been.

Coming from left-field: The future for the arts, in a broad sense, seems to be one that will specify and encourage more collaboration and cross-over between forms of expression and individuals. Maybe in line with positive notions of free access (including non-gallery spaces) and a meltdown of power-based hierarchies in a Post-Capitalist reaction to the Neo-Liberal agendas of the so-called free-West. Does this strike a chord for 650mAh?

We think it’s striking a chord with everyone currently but it’s another question as to whether anyone knows what to do about it. We’re being told that everything’s in turmoil (especially in the UK) but who knows what all of this will mean in 20, 50 or even 100 years? We’re not sure about the meltdown of power-based hierarchies – in actuality, is this happening at all? We guess cryptocurrency is the most likely way out towards free access and decentralisation but so was the Internet.

Well, we live in exciting times! Thank you – I look forward to the next show at the Mist Vape Shop. 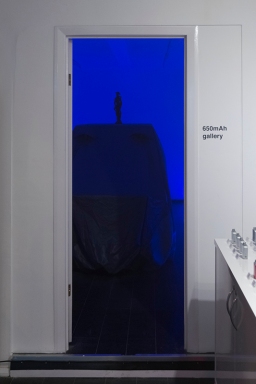 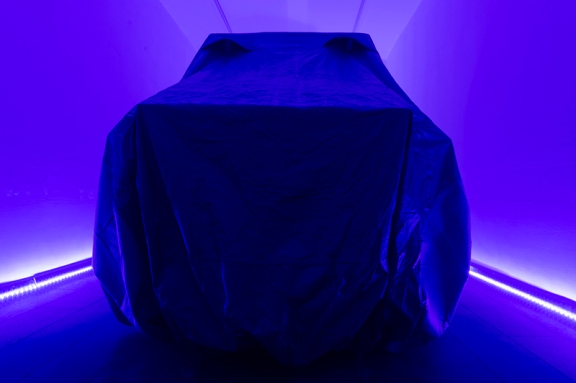